Also known as Reversi, Othello is a game that mixes strategy and tactics in a duel.

Table of Contents Unshow
1 Contents and Goal of the Game
2 Before You Begin
3 Taking Your Turn: 3 Rules
4 Official rules in PDF
4.1 Related Posts:

Contents and Goal of the Game

Othello is played as a duel; two players compete.
The goal is pretty simple: to be the player with the most disks at the end of the game.
A classic Othello game includes:

The game ends when there is no more movement possible for both players, or when all the spaces on the board are occupied.

The othellier is a board of 64 squares. Each square is assigned a notation in the form of coordinates, as on a chess board. Thus:

Each player takes 32 disks. Then, the starting position is as follows: 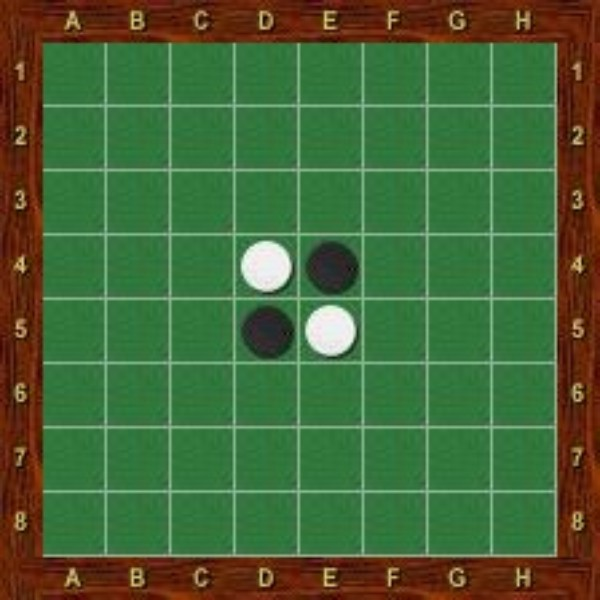 It is only after these disks have been placed that the game can begin.
As a general rule, black starts first. Players take turns. Each player must place one of their disks on the board in turn. If no player can place a disk, the game ends.

Ready to start? Perfect.
To place your disk, you must respect three small rules:

The game ends when none of the players can place any more disks.
All you have to do is count the disks of each color. The winner is the one with the most disks of their color.